The Official Secrets Act 1911-1989 (OSA) provides the main legal protection in the UK against espionage and the unauthorised disclosure of official information. The OSA 1989 makes it an offence for members and former members of the security and intelligence services to unlawfully disclose information relating to security or intelligence. For crown servants and government contractors, it makes it an offence to make a damaging disclosure relating to one of six specific categories. 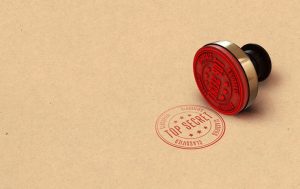 If the police have reasonable grounds to suspect that an offence under the Act has been or is about to be committed, section 9 of the Act provides them with the power to apply for a warrant to search a premises.

If a justice of peace is satisfied that there are reasonable grounds for suspecting that an offence has been or is about to be committed then he may grant a warrant. This warrant authorises any constable to enter and search, any premises named within the warrant and every person found within. They are authorised to seize any document which is evidence of an offence under this act having been or about to have been committed.

In cases of great emergency where immediate action is necessary in the interests of the state, a superintendent may authorise a warrant.

Prosecutions under OSA are extremely rare with fewer than one a year, the decision to prosecute someone lies with the attorney general.

Notable cases involving the OSA or leaks of Government information

Thomas Lund-Lack was jailed for eight months in 2007 for leaking information about a planned al-Qaeda attack on the West. Thomas was a retired detective inspector with the Metropolitan Police and admitted wilful misconduct in public office by disclosing a Joint Terrorism Analysis Centre report to a Sunday Times journalist.

The power to apply for a warrant is a valuable investigatory tool in countering state threats as general search, seizure and production order powers provided in PACE are more restricted. These powers do not afford the police sufficient authority to act pre-emptively when there is intelligence to suggest that an offence is about to be committed.

If you have been subject to a warrant under the OSA and wish to procure some advice, please get in contact with us at mail@thblegal.com or make an enquiry here.