The Police, Crime, Sentencing and Courts (PCSC) Act 2022 and came in to force on 28th April 2022. The main objective surrounding the proposal of this Act was to impose further restrictions on actions such as, protests, crimes against children and further sentencing limits and guidelines. For example, misogyny, hate crime, noise related provisions, release of serious offenders and sentence lengths for serious offenders.

Why was this Act implemented?

There was a necessity for progression and change within criminal law procedures, particularly in the court justice system and police forces across the United Kingdom. It introduces further changes to up with progressions that the country is making in the 21st Century. 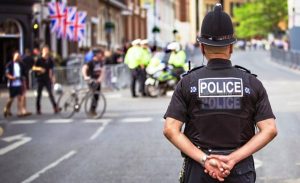 The PCSC Act 2022 has made further progression in relation to police forces across the United and ensures that they have the necessary powers that they did not have before to provide support and clarity for police officers and the actions that they can take. This Act amends the Police and Criminal Evidence Act 1984 (PACE). In particular relating to being able to stipulate when people are to attend a local police station for fingerprints, DNA samples and photographs to be taken. Therefore, having more control on time limits and progression of case files in a timelier manner. As this creates efficiency and the tasks become an easier process for both the person in question and the officers.

This Act secondly amends the Crime (Overseas productions Orders) Act 2019 (COPO). This will allow officers to obtain digital and communications data through an Overseas Production Order. This allows them to obtain further evidence that it is not easily accessible from overseas and outside of the United Kingdom. This provides wide scale investigations to progress much easily. The application is made to a Court within the United Kingdom and the judge then must approve for the order to be utilised in the specific investigation, and if approved it will then be served upon the correct provider.

Under Article 11 of the Human Rights Act “Freedom of assembly and association”, it provides a brief explanation as to everyone having the right and freedom to hold meetings, perform strikes and organise a protest. This is extremely poignant at present due to the many actions that are being taken within different organisations, relating to climate change, increase in pay and actions to be taken including the law. However, due to the surge in the level of actions people are taking to fight for what they believe, there also needs to be a consideration of safety and support when these meetings are being held. As over the course of the past few years, police officers have been injured, and the financial impacts have increased.

This proportionality of this Act proposes measures to be put into place to provide the police with further powers to approach protests in the future that are causing a high volume of disruption and possible danger.

These are just a few actions that the police will be able to enforce using this Act, and to ensure a meeting or protest is assembled within the guidelines but not as far as to breach the ability to make a noise and the right to hold the protest in the first place.

These are just some of the changes that have been implemented by the PCSC Act which did evidentially lead to objections by many people. However, it has been made necessary to move with the ‘modern world’ to make changes to improve the justice system and remove limitations within both the force and the courts of the United Kingdom.

If you have any further questions or concerns relating to the changes and wish to procure some advice, please get in contact with us at mail@thblegal.com or make an enquiry here.

Does your land have a TPO? Have you checked? Know your legal responsibilities.

What is a TPO? A tree preservation order is an order made by...

Barristers Strike 2022 – How will this affect you?

What is the strike? In April 2022, members of the Criminal Bar Association (who...