Police Post Incident Procedures in England and Wales are a regimented and often changing process which to truly understand requires years of practical experience. It is participated in contemporaneously by different organisations with wildly differing objectives often pulling against each other to realise their own goals. And yet, used properly – against the odds – it has proven to be a system that actually works.

What follows is my take on the summary of the process, as to replicate the entire contents would lose the reader`s attention and would be reserved for those individuals who already have a working knowledge of the process. 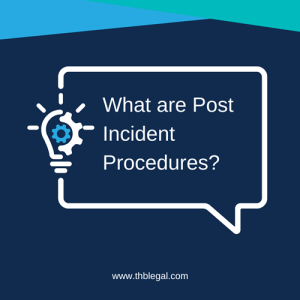 When a death or serious injury (DSI) has occurred to one or more people (though not a police officer or member of police staff in the act of performing their duty) as a direct or indirect result of police action involving one of the following:

The list of incidents resulting in a PIP are not exhaustive but often include DSI as a result of police using force to arrest a person (including the use of firearms), a vehicle pursuit, death or injury in a custody suite and even persons jumping from height to avoid arrest. It may also include persons committing suicide or attempting to commit suicide in the presence of police officers. These incidents are just some of the examples that have resulted in PIPs I have attended over the last 15 years in my role a s a Police Federation Representative and latterly, as an accredited legal advisor for police officers involved in a PIP.

The European Convention on Human Rights (ECHR) Article 2 imposes a duty on the state to conduct an effective official investigation when individuals have been subject of a DSI as a result of use of force by the police. The Articles of the ECHR are contained in the schedule to the Human Rights Act 1998 and are therefore incorporated into UK law.

Such an investigation, as well as being focused on the actions of the individual police officers or police staff involved, may also consider the role of the Police Force itself and whether there may be “organisational learning” as a result of any perceived shortcomings in Force procedures.

However, that part of the investigation which comprises of the PIP must only involve police officers or police support staff that are considered witnesses only. An officer or member of support staff who it is considered may have committed a criminal offence or breached standards of the Police Conduct Regulations should not be involved in the PIP process.

What the main parties are involved in a PIP?

As can be seen, each organisation will have its priorities. The Chief Officer on behalf of the police force will be mostly concerned with the interests of the Force. The IOPC and PSD/DPS are mostly concerned with the investigation and the staff associations` main priority is the welfare of their members. The various individual viewpoints will often lead to organisations fighting their own corners.  In the middle is the PIM who has a responsibility both towards the investigation and the welfare of the participants. All parties want the process to be fair and lead to a diligent and expeditious investigation and so, despite the different viewpoints, it is very rare that a PIP process will not be successful.

What does the PIP itself involve?

Firstly, a decision will be made by the PIM, usually after representations from the various parties, who are Key Police Witnesses (KPW) to the incident. KPW`s may include those at the scene and in contact with the person, witnesses at the scene, supervisors and tactical advisors. KPWs will then be involved in the PIP process – if they are not considered to potentially be under investigation for a criminal or misconduct matter as a result of their actions.

Following advice from their staff association representatives and legal advisors, the KPWs will be asked to write a short statement outlining their duty, callsign and interaction at the scene in very basic terms to include explanation as to their exercise of Police powers or any Use of Force. The reason for this is that the effects of recent trauma may affect the perception and recall of the events. At this stage there will usually be no access to force systems such as body worn footage, command and control logs and radio communication transcripts. Whilst compiling this account there is to be no conferring with other KPWs.

Approximately 48 hours after the incident, when memory recall is expected to be better, the KPW will be asked to complete a detailed evidential statement, usually with the aid of video footage, command and control logs and other memory aids. There is still no conferring as the object is for the KPW to explain their own rationale, thought processes and their honestly held perceptions at each stage of the incident.

To the uninitiated (and even to most police officers) the system appears complicated, unwieldy and open to each party pulling in different directions thus making the process potentially unworkable. In fact, under the direction of the PIM, the guidelines allow certain latitude for the process to be successful in a vast majority of times. The Post Incident Process has the advantages of protecting the integrity of the investigation whilst allowing police witnesses to have the advice and protection they are entitled to.

Taylor Haldane Barlex LLP is accredited by the Police Federation of England and Wales and the Police Firearms Officers Association to provide legal advice to police officers at Post Incident Procedures. Each of our legal advisors is regularly trained and accredited to the highest standards and include both Solicitors and former Police Federation Representatives who were Force or National Leads in PIP.

Taylor Haldane Barlex LLP will attend every Stage 3 (in person, if possible, by video link if not) and operates a 24/7 PIP On Call Rota. We will attend in person every Stage 4 regardless of location.

For more information about our Professional Misconduct (Police Federation) Department and their services or if you would like advice. Please contact our Chelmsford Office on 01245 493 959, send a email or complete our online form