Many professional occupations have schemes in place to regulate conduct and discipline procedures – barristers, solicitors, doctors, nurses, teachers and the police to name but a few. In broad terms the aim of the procedures is not to punish the individual but to maintain the integrity and public confidence of the profession. However, the individual, as a result of admitting or being found proven to have breached the professional standards, may be disciplined or even lose their job.

Myself and the colleagues in my department deal primarily with advising and defending police officers subject to allegations of breaching the Police Conduct Regulations. We work with Police Federations across the country, Essex, Suffolk, Norfolk, Devon and Cornwall and others. We form the Professional Misconduct (Police Federation) Department of Taylor Haldane Barlex Solicitors LLP. 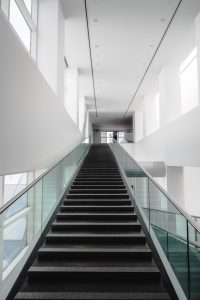 Overview of the Police Conduct Regulations

Police officers conduct their duties (and lives) according to several elements of the Police Regulations. These cover pay and conditions, contents of their personal files, unsatisfactory performance, discharge of probationers and a multitude of other subjects. One of the subjects is the Conduct Regulations.

When exercising their duties, police officers are expected to act honestly and with integrity, not to abuse their authority. with respect and courtesy, use only that force that is reasonable and proportionate.  As well as having regard to equality and diversity, follow orders and instructions, are diligent in their duties and responsibilities, act with confidentiality, do not use discreditable conduct, maintain a fitness for duty and report or challenge other officers that have fallen below these standards.

It is not only professional police officers that are subject to the conduct regulations. regulations also cover special constables and so colleagues from THB find themselves representing them also. Civilian support staff employees of police forces are also subject to similar conduct guidelines. Support staff are usually represented by their union if they are a member of one, not the Police Federation and their solicitors.

Police officers are subject to restrictions to their private life and the conduct regulations whether on or off duty.

Each Police Force has a Police Federation. By law, all regular police officers are members of the Police Federation of England and Wales (PFEW). However, a low percentage choose not to pay their Federation (or union) membership. Usually, we do not represent these officers unless they pay us privately. Special Constables may join the Federation if they wish. In most cases, officers will not be legally funded by the PFEW for acts that are off duty and not in relation to their duties as a police officer. However, in these cases, the officer may be legally funded if the officer has taken out insurance cover for such off-duty incidents.

All police forces have a Professional Standards Department (in the Metropolitan Police it is called the Directorate of Professional Standards) which undertake the most of the investigations against police officers and police employees. In addition, there exists the Independent Office for Police Conduct which may decide to supervise with the more serious allegations, sometimes choosing to investigate matters fully themselves.

A police officer may receive a complaint from a member of the public or from another police officer. The officer who has received the complaint must usually be informed of the allegation “as soon as practicable”. If the allegation, if proved, may result in a misconduct sanction (at least a written warning) the officer concerned will receive a notice which will have included on it the details of the allegation, a misconduct caution, the investigator`s details and a summary of his rights under the regulations. There should also be an investigation terms of reference provided. Lower levels of complaint may be dealt with locally by the officer`s supervisors, and possibly by way of measures to improve performance.

The above is half the story. Our next blog will cover how we advise and represent officers in interviews, misconduct hearings, gross incompetence performance hearings and appeals.  For more information about our Professional Misconduct (Police Federation) Department and their services contact our Chelmsford Office on 01245 493 959 or send an email.