Home / News / Regulations and entitlement of a Police Officer part 2

Regulations and entitlement of a Police Officer part 2

Following on from my previous blog concerning the first half of the Police Conduct Regulations up until the stage a Complaint Notice was received by an Officer, I have put together a summary of the next stages of the Regulations and the entitlement a Police Officer has to legal advice. I have also briefly covered Police Performance and Attendance Procedures.

The first thing to consider is if the Police Officer faces an allegation which falls under the criminal law. If so, this takes primacy over a police misconduct investigation. However, it may mean the Officer`s dismissal even if he or she has not been interviewed or fully investigated under the misconduct regulations (see Accelerated Hearing below). If the allegation results in a criminal investigation, the Officer has the Rights of any other criminal suspect, including the right to be legally represented in interview as well as in court, and to be only found guilty if the offence has been proved beyond reasonable doubt. Even if the Police Officer has the case dropped or is found “not guilty” by a court, the Officer may still face misconduct proceedings.

The Police (Conduct) Regulations of 2020 govern the professional behaviour of all Police Officers and Special Constables who are members of the 43 Home Office Police Forces of England and Wales. Police Scotland, the Police Service of Northern Ireland and other Forces such as the Police Forces of Jersey, Guernsey and the Isle of Man have similar Conduct Regulations.

Police Officers have Powers conferred on them by The Crown and these apply whether he or she is on duty or off duty. Accordingly, an Officer may face misconduct proceedings following their actions whether or not they were acting in the accordance of their duty or whether the Officer was on duty or not.

The main aim of the regulations is not to punish Officers who have been proved to have breached Professional Standards, but to preserve the public confidence in the Police Service.

Whether misconduct allegations are proved rely on the balance of probabilities, not beyond reasonable doubt. 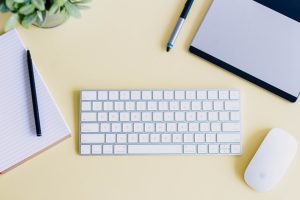 The misconduct investigation is similar to a criminal investigation. Witnesses will be seen, statements taken and evidence secured. One difference is that under the Regulations a Police Officer facing misconduct allegations does not have the Right to be legally represented in interview in England & Wales, though this varies in other jurisdictions and aside from which, there is nothing to stop legal advice being taken before the interview itself.

A decision will then be made whether there will be no further action, a requirement for the Officer to undertake performance improvement procedures or whether they need to attend a misconduct meeting or a misconduct hearing.

A Misconduct Meeting may be arranged if the Officer may have breached the Standards of Behaviour which may result in at least a written warning but not serious enough for dismissal. This will be undertaken by the Officer`s Supervisor, usually a Superintendent. There is no Right to be legally represented in a Misconduct Meeting but the Officer has the Right to be represented by a “friend”, normally a Police Federation or Police Association Representative.

A Misconduct Hearing may be arranged if the Officer may have breached the Standards. Then if the allegations are admitted or found proven, dismissal would be justified. A Panel consisting of a Legally Qualified Chair, a Senior Officer of the rank of Superintendent or above and an Independent Member conduct the Hearing. The Officer is entitled to be legally represented. The investigators, whether the Independent Office for Police Conduct or the Police Force itself (known as the Appropriate Authority), present the case against the Officer and are usually legally represented, whether the officer is or not.

A Police Officer may appeal the result of a Misconduct Meeting, Hearing, Accelerated Hearing or Performance Hearing on the grounds of unreasonable finding or sanction. The Officer and Appropriate Authority are entitled to be legally represented.

The above is a “whistle stop” tour of the Police Conduct and Performance Regulations. While it is possible to follow the process by studying the Regulations, it takes many years of experience to enable a legal advisor to advise Police Officers competently and with assurance.

The police misconduct procedures are a similar process to those of other professional bodies and previous court judgments or ‘Case Law’ apply to many of them. However, in my view, the police discipline procedures are more complicated and often more controversial. Police officers, though accountable to the public are almost unique in having a power (and a duty at times) to use reasonable force against members of the public. When allegations are made against Police Officers, the issue of policing by consent is often re-visited. It is an area that requires a legal advisor to have an experienced head and a steady hand.

Taylor Haldane Barlex Solicitors have such experience and being approved to do so by the Police Federation of England and Wales, have been offering legal advice and representation to Police Officers for many years. For more information about our Professional Misconduct (Police Federation) Department and their services contact our Chelmsford Office on 01245 493 959 send an email.